The past few days have been a chilling reminder that white supremacy continues to thrive in America and throughout the world. I’ll never forget waking up on a Wednesday to news reports that armed insurrectionists were attempting to storm the Capitol building. My parents and I sat on the couch as the events unfolded and clips of the attack were broadcasted on television and Twitter. It was disturbing to watch as they waltzed in, waving Confederate flags and shouting slurs while the police did little to stop them.

What surprised me about these events were the number of people who were shocked by it. Many white people like to close their eyes and pretend that racism no longer exists, that “true” bigotry of all types are phenomena of the past. People of color, Jewish people, Romani people, and other marginalized groups have been screaming that these issues have existed long before Trump was even elected as President, only to be dismissed, ignored, or labeled as “troublemakers.” Some of you reading this likely have at least one relative, former friend, former coven-mate, coworker, or friend of a friend who is either a white supremacist or who has flirted with similar ideologies. Some of you may even be close to someone who has been eerily silent instead of condemning the attacks or who have been arguing that there are “fine people on both sides.” Bigotry still exists and will continue to exist so long as the majority ignore it and allow it to spread. Those who continue to cover their eyes and ears are a part of the problem.

These past few days have led many Pagans, Witches, and Occultists to publicly denounce white supremacy and other forms of bigotry. Acknowledging that we, as a community, have a problem is an important first step. While it’s a great start, we can’t stop there. I’ve seen this topic come up many times in the community since I first joined. Usually, the community is vocal about it for a short period before slowly slipping back into their old habits, leaving the most vulnerable members to continue the work. We can’t slip back into complacency anymore. It’s disheartening to see people Tweet and blog about ridding the community of bigots only to attend an event or tune into a Podcast and have white supremacists welcomed or even given a platform. Or to see practitioners excuse someone posting antisemitic, racist, or homophobic content because they believe that person is “good” at magic. It’s performative and frankly, dangerous. I, myself, have received death threats and other forms of harassment from members of the community who are Nazis, white supremacists, and other bigots. I have been called the N-word and pretty much every sexist and ableist slur you can think of. And I’m someone who’s biracial and white-passing, so I can’t even imagine the horrors other pagans of color have experienced. Allowing bigots to comfortably participate in our community puts so many of us at risk of physical, emotional, and spiritual harm.

Activism needs to be embedded in our Occult and religious practices. Educating ourselves on topics such as racial inequality, feminism, and the role spirituality plays in the proliferation of antisemitic conspiracy theories should be just as common as cleansing or doing the LBRP. All of us with some proximity to whiteness needs to also do the inner reflective work in order to unlearn our own unconscious biases, as we are capable of unintentionally upholding white supremacist values or committing microaggressions against people of color.

There are some changes that I would love to see in these communities, as I think they would lead to meaningful improvements over time. After all, these problems won’t be fixed overnight.

First, we need to totally oust all white supremacists, Nazis, homophobes, transphobes, and other bigots in the community. I don’t care how “talented” they are, how many books they’ve written, how eloquent they are, or how “kind” they may seem in person: If they hold prejudice in their hearts, they should be totally banned from our community.

Essentially, we need to do everything possible to make it impossible for bigots to exist comfortably in our spaces. Until we remove the tumor that is bigotry from our community, we’ll never be able to move forward in healing the harms that have already been done.

Finally, we need to heal our community from within. Existing in Occult spaces as a member of a marginalized group can be difficult or even traumatizing. Kicking out white supremacists and unlearning our own unconscious biases only fixes half of the problem; it doesn’t repair the damage already done. Some ways in which we can heal include:

If you are an influencer, author, teacher, or otherwise occupy a leadership role in the community, it is up to you to set the standard on how we deal with the problems in our community. Set a good example by making your platform, groups, and events safer and more welcoming to marginalized individuals. If you’re new at political activism, that may mean doing a lot of listening rather than speaking. A true leader and educator is always willing to learn and evolve. If you’ve said, written, or done things that are racist, ableist, sexist, or otherwise harmful in the past, make a public apology instead of waiting for a call out or for the community to “forget.” I think some of us underestimate the amount of influence we have within our own bubble and the responsibility that comes with it. Use that power for something good.

You may have noticed that I didn’t mention anything about spells or rituals to fix these problems. While there’s nothing wrong with casting a spell to protect Black Lives Matter protesters or to bind bigots from doing harm, we all know that spells work best when we put forward mundane effort, too. We can’t let “Spells & Prayers” become our community’s version of “Thoughts & Prayers.” Just like magic is never a replacement for medicine, it’s also never a replacement for activism; it’s meant to complement our efforts and tip the scales in our favor.

To those of you who have read this far, thank you. Thank you for not turning away or bypassing the genuine problem of prejudice in our community. We can and should do so much better, and I hope this article gives you some sense of direction if you were feeling lost on where to start. It’s easy to feel hopeless in times like these, but there is always hope if we’re willing to put in the work to make this world a better place for everyone. That work has been placed on the shoulders of marginalized people for too long, and it’s time that the majority steps in to do their part. We are capable of so much better than this.

If you enjoy my work, please consider supporting me on Patreon or donating to my Ko-Fi! And don’t forget to follow me for more posts on witchcraft, spirituality, and more!

Welcome! Proceed with an open heart and open mind. Who knows what you may find? 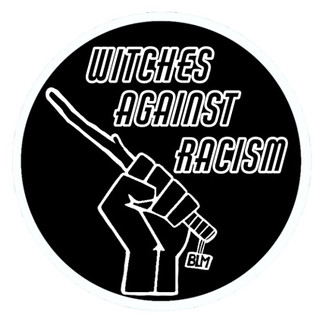